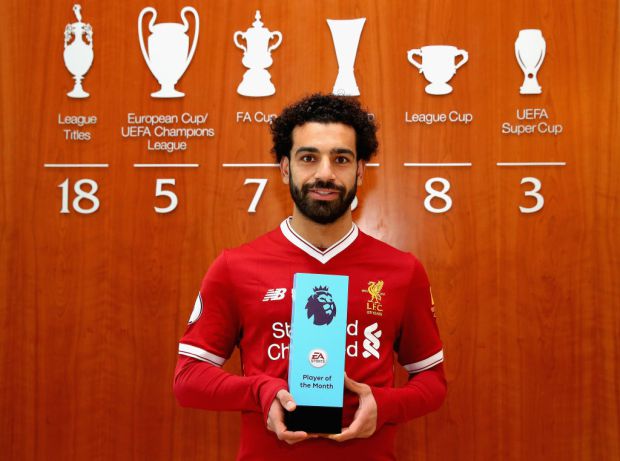 Is this a record-breaking guy or what? Many medias today report on the awesome goalscorer mr Mohamed Salah breaking a new Premier League record with 32 goals in a season.

First key words here are Premier League which assumes the history that is counted starts with the 1992/1993 season. The definition here would be something like, that is when the league name changed and the clubs broke away from the FA.

Second key words here can be seen on the picture up left. Liverpool FC tells us they have won 18 league titles, which assumes the history that is counted starts with the 1888/1889 season. The definition here would be something like that is the starting point of an English national league.

We can not have it both ways. A definition must be chosen, or else we can create new definitions as we please. How about a record for snowy Thursdays on home soil since 1996, anyone?

This problem is by no means unique to England. Every Scandinavian country have their similar issues on definitions often using double standards. A new record is thought of as selling the product, as long as consumers do not hold them to their word.

We can only wonder what poor Mohamed Salah will think considering these definitions. His older friends will tell him about the statue of Ralph "Dixie" Dean right across Stanley park. Dean also scored a record per season back in 1927/1928. So is it Dean with 60 goals or Salah with 32 who holds the record?

Football-lovers.org will argue for the long history vision. Supposedly a new great change came along in the future. Will we then happily turn our backs on today and start counting all new record? If the answer is yes, then surely we deserve to be forgotten. It is only by remembering our past predecessors that we can hope to be remembered ourselves.

We use cookies to ensure that we give you the best experience on our website. If you continue to use this site we will assume that you are happy with it.Ok